Episode #208: Giants Among the Iroquois

We are joined this week by friend of the show Kyle Delisle. We met Kyle on the trip we took to the channeled scablands in Washington State earlier this year with Randall Carlson. Kyle is a Native American of the Iroquois, of the Mohawk nation, and he has been researching Iroquois traditions, legends, and mythology regarding the creation of the world, the creation of humans, giants, and other strange beings that were said to exist long ago.
Kyle tells us about the formation of the Iroquois Confederacy, and the possible travels of the ancestors of his people. We read and discuss some of their stories and traditions about encounters with giants. We talk about their detailed creation stories, and speculate on the possibility that some of the symbolism in the traditions may be referring to constellations, and past catastrophes, especially the Younger Dryas period.  All in all, a fascinating and illuminating conversation!
Here is Kyle's conversation with David Mathisen that is mentioned during the show:
https://cloister.org/david-warner-mathisen/post/y5xgccr6/Celestial-connections-in-the-Mohawk-and-Onondaga-creation-accounts
And here is a link to the First Nations Technical Institute where you can find out more about the prophecies that we speak about in the show:
https://fnti.net/
Brothers of the Serpent Episode 208 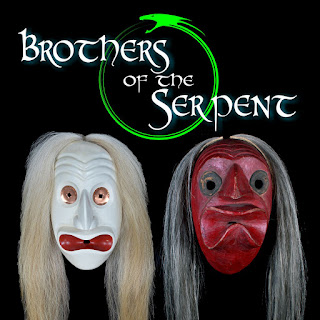