This is the final episode of our reading of The Hidden History of the Human Race by Michael Cremo and Richard Thompson. We finish the sections on the problems of "dating by morphology" in which anthropologists use their preconceptions about the evolution of man to place their fossil findings in a chronologically linear timeline even though the actual evidence does not present so clear a picture.
The final section of the book that we look at in detail is about reports and sightings of "wildmen", sasquatch, bigfoot, the yeti, and other hominid-like cryptids from around the world. With this section Cremo and Thompson are making the point that such reports possibly indicate that archaic hominids may still exist today alongside us, just as modern Homo Sapiens Sapiens may have existed alongside relict species of hominids in the ancient past.
Brothers of the Serpent Episode 204 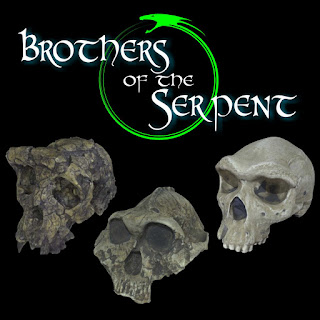