Back to our deep dive into The Hidden History of the Human Race by Michael Cremo and Richard Thompson for part eight! We continue on from where we were in part seven, looking at the "Java man" discovery of what would later be come known as Homo Erectus, by Eugene Dubois, and the problems and arguments surrounding those finds at the time.
We read about another paleoanthropologist, von Koenigswald, returning to the same site in Java to look for further evidence of this "missing link", and the problems with his methods. There is also an interesting event in which a Jesuit priest, who had been involved in the discovery of Beijing Man and the Piltdown fossils, arrives and helps von Koenigswald get connected with the Carnegie Institute for funding of his work.
Brothers of the Serpent Episode 202 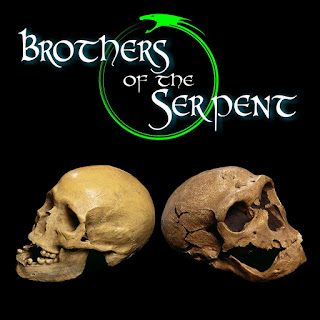