Continuing along in our exploration of The Hidden History of the Human Race by Michael Cremo and Richard Thompson, we finish up the cases of anomalous objects and artifacts found in very ancient contexts, placing them as far back as 2 billion years in the most extreme case, and move on to the section on actual human remains. Most of these are bones in various states of mineralization, all of which were found in strata that makes them anomalously old for hominids with modern morphology.

Brothers of the Serpent Episode 198 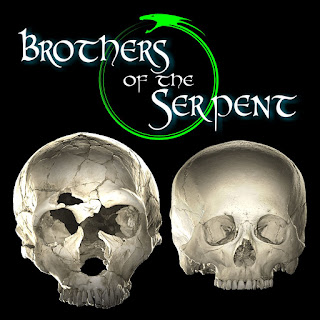