We are joined once again by Snakeforce member Tony Petrangelo to continue discussing the topic of Plato's Atlantis, and whether this story could have possibly been referring to the time period of the bronze age collapse and the invasion of Egypt by the mysterious "Sea People".

Tony leads us through the complexities of bronze age civilizations in the Mediterranean, looking at clay tablets of letters being written from one king to another describing the state of their kingdoms and the problems they were facing.  We also look at the description of the invasion and defeat of the Sea People in Egypt, how they were described, and what they were called, and where they may have been from.

In the end, what Tony is showing us are the correlations to these events and some of the details given by Plato. He doesn't have a "location" of Atlantis, or an idea of "who" the "Atlanteans" were. Rather, he is looking at the evidence to see if this may have been the time period for the events described by Plato.

Here is a list of the sources Tony used for this episode:

Meet me in Atlantis by Mark Adams

Sea Peoples of the Bronze Age Mediterranean c.1400 BC–1000 BC by Andrea Salimbeti & Raffaele D’Amato

Exodus to Arthur by Mike Baillie

Literary History in the Parian Marble by Andrea Rotstein

A Mycenaean Fountain on the Athenian Acropolis by Oscar Broneer

Athens in the Late Bronze Age by Oscar Broneer

Landscape Changes around Tiryns during the Bronze Age by Eberhard Zangger

The Ethnicity of the Sea Peoples by Frederik Christiaan Woudhuizen

Connected Histories: the Dynamics of Bronze Age Interaction and Trade 1500–1100 bc by Kristian Kristiansen & Paulina Suchowska-Ducke

New technologies and transformations in the European Bronze Age: the case of Naue II swords by Paulina Suchowska-Ducke 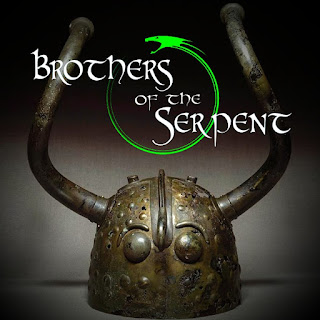