Episode #168: Saudi Arabia and the Mountain of Moses

This week we are joined once again by Bob Johnson for the first hour of the show to talk about his experiences in Egypt and Saudi Arabia as a geologist, this time in the context of the subject of the story of Exodus. Bob directed us to watch a short documentary detailing a possible "alternate route" to the legendary Mount Sinai, the Mountain of Moses.

That mountain is commonly thought to be in the Sinai peninsula, but the documentary shows that it may actually be in Saudi Arabia, on the eastern side of the Gulf of Aqaba. There are many features and places besides the mountain itself that seem to match up with the story told in Exodus, lending credence to this possibility.

Bob spent decades working in this area and knows the geology very well, so as we go through the evidence for this alternate possibility, he gives his own thoughts on the pros and cons of the concept.

There is a lot of map work in this part of the show, so we did record some video of Bob pointing to places on the map for the first hour, which you can see if you go to our Youtube channel. Below are links to the documentary itself and a few screenshots of the maps of the area. 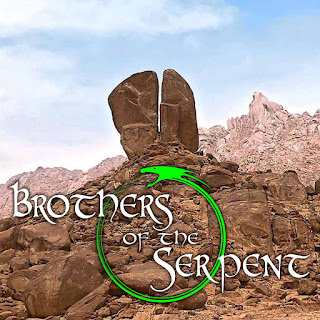 Finding the Mountain of Moses documentary
at October 02, 2020